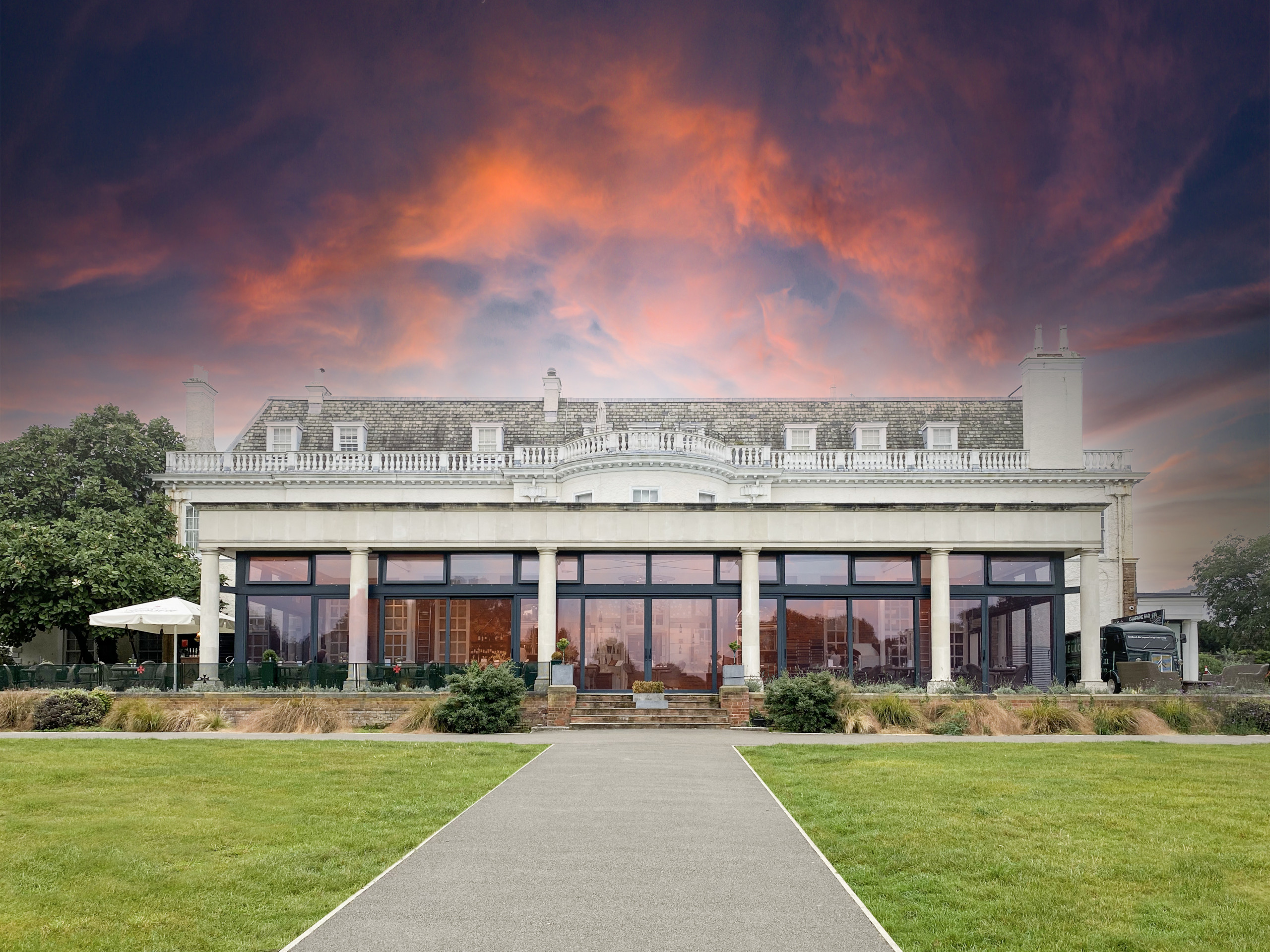 This is the Hotel Du Vin, Wimbledon from the park showing the orangery. I stayed here recently and after going for a run in the morning decided to take a few photos of the place. Unfortunately, the day did not start off well from a weather perspective, and while it wasn’t cold it was very cloudy. As you can see from the photo below, this did nothing to my composition other than add a lot of ugly whiteness.

I decided it needed some tweaking, so I dropped in a new sky. The heavy glass theme on the orangery meant that I then had to add the sky to this while taking into account all the little plants which had to be edited in. I also noticed that the grass wasn’t exactly right up to the edge of the pavement so had to fix that too.

The Hotel Du Vin in Wimbledon is literally surrounded by parkland and anyone can go around the back of the hotel and walk their dogs (it is closed at night though). Having breakfast in the Hotel Du Vin does feel a bit like being an exhibit in the zoo to the good people of Wimbledon taking their sausage dogs for an outing.