The Ferrari 488 Pista is powered by the most powerful V8 engine in the Maranello marque’s history and at first glance, the Ferrari seemed to be the easiest win I could get as a photographer. Overcast light, not many people about and at a funky angle.

It was only when I got home and started to look at the Ferrari 488 Pista that I realised there was going to be a number of hours needed to tidy this photo up. Don’t get me wrong, the location and light were probably as good as they were going to get on the day, but on closer inspection, the Ferrari 488 Pista had a few things which needed to be tweaked.

Hidden Gems to Photoshop out of the Ferrari 488 Pista

The first such gem I spotted peaking over the windscreen of the car was a guy in a bright yellow marshal’s jacket. How I failed to spot him I’ve no idea, maybe I was just too hot (it was a hot day) or perhaps I was distracted. But either way, he was an unwelcome addition to the photo so I have to edit him out. 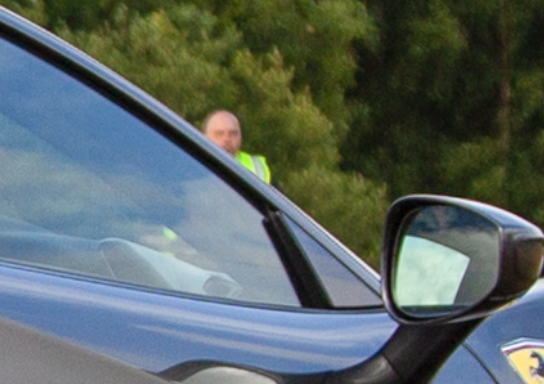 The next one which wasn’t a massive issue, but I thought I’d give it a go was the reflection of the Ferrari next to the Ferrari 488 Pista. Talk about first-world issues, having to remove one Ferrari reflection from the paint of another. I’d thought this shot would have been free of other distractions, but no I decided I’d try and remove the reflection of the red Ferrari from the paint of the grey Ferrari. In the end it worked, and I bet you didn’t spot I’d removed it. 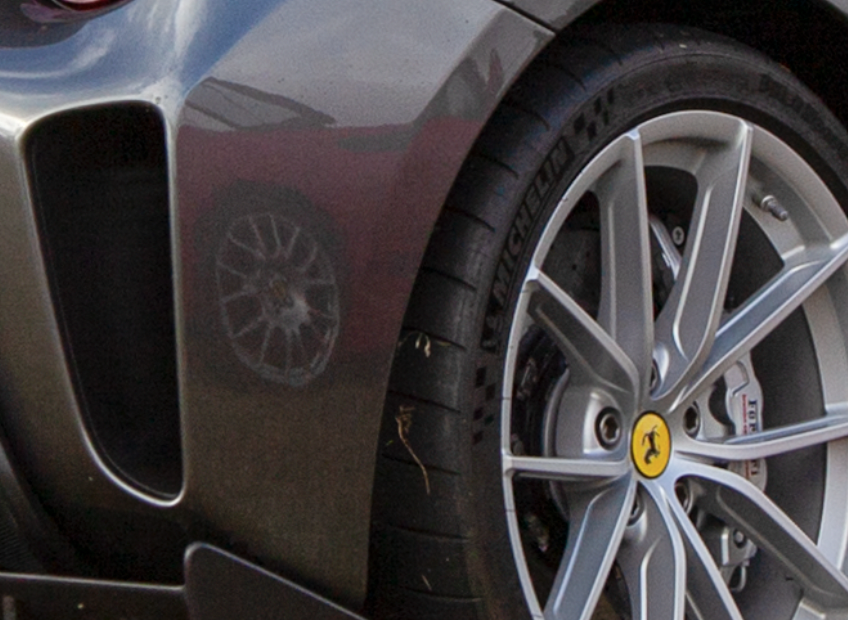 I also felt the depth of field and background could be improved on. This wasn’t taken lightly. Masking out the area took a good couple of hours to do. But I was happy with having the control to change the background a bit.

I then used ‘curves’ to highlight and darken the shiny and shady parts of the car to help bring out those Ferrari curves a bit more. 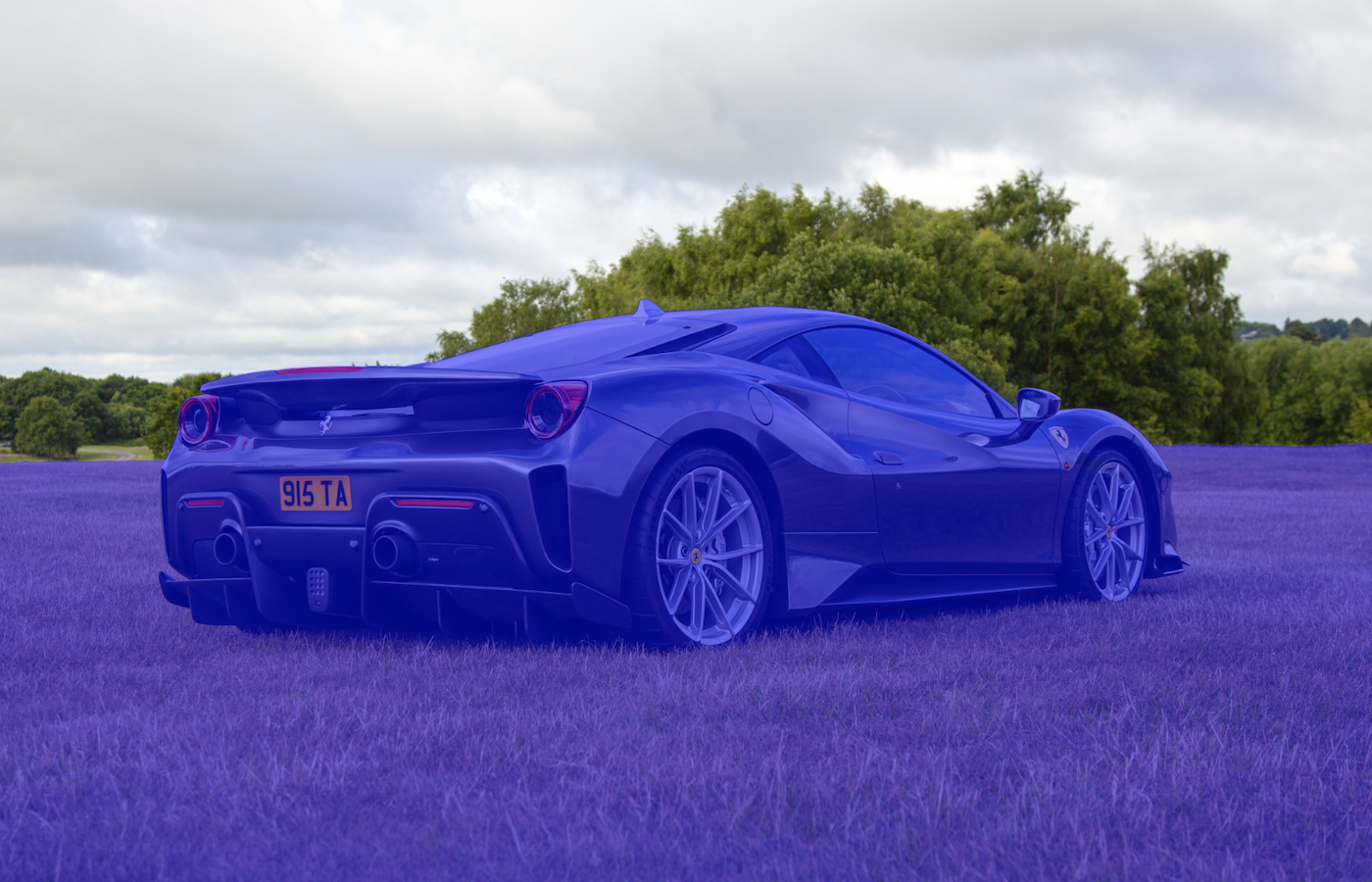 All in all I was happy with the outcome of the Ferrari 488 Pista photo. The lighting was ideal, the rolling hill was ideal. I’ll watch out for people in the background next time, but that was probably the simplest thing to fix. What would make the photo better? I think possibly of the wheels had been turned to the right, but that’s not a massive deal breaker. 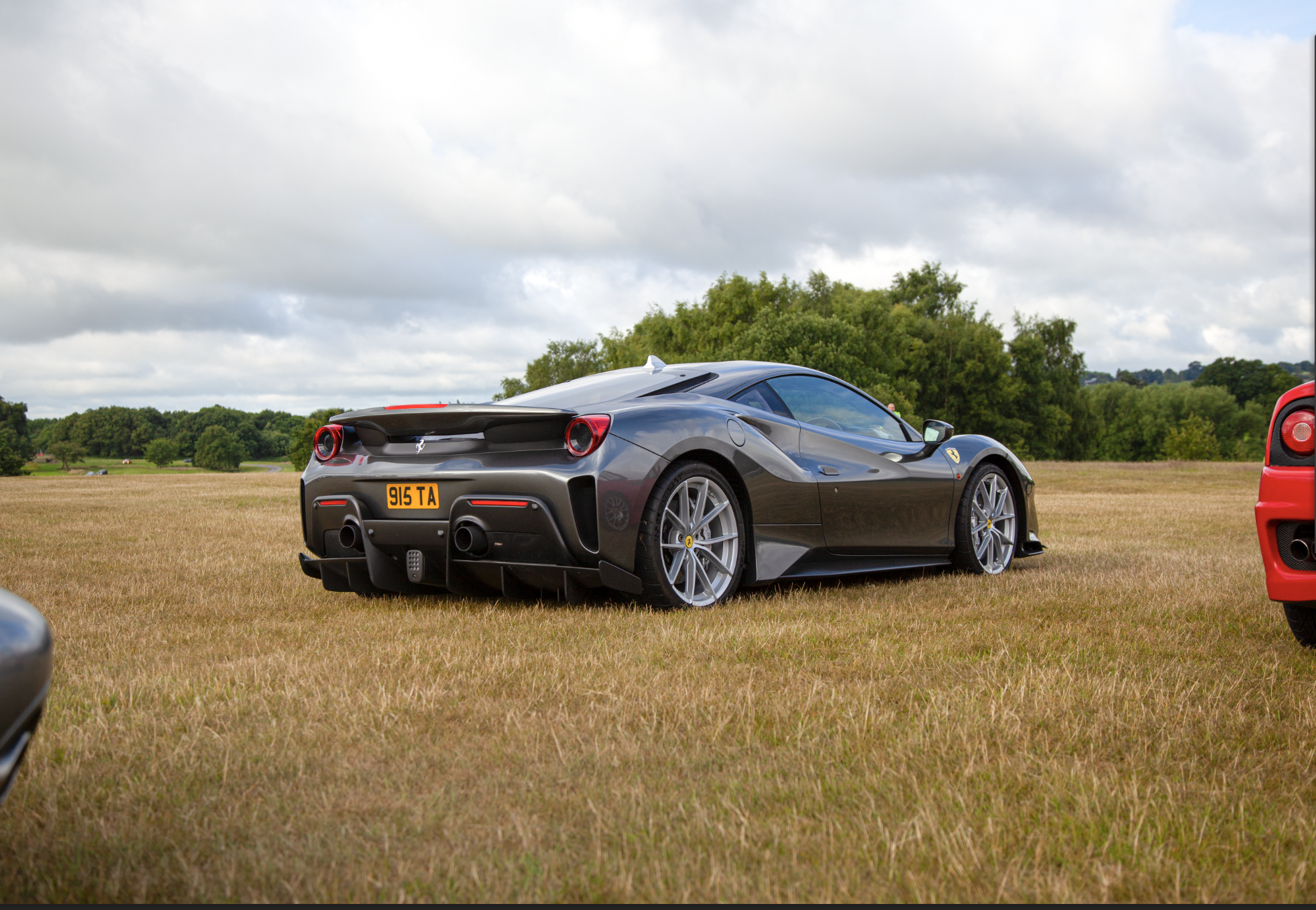 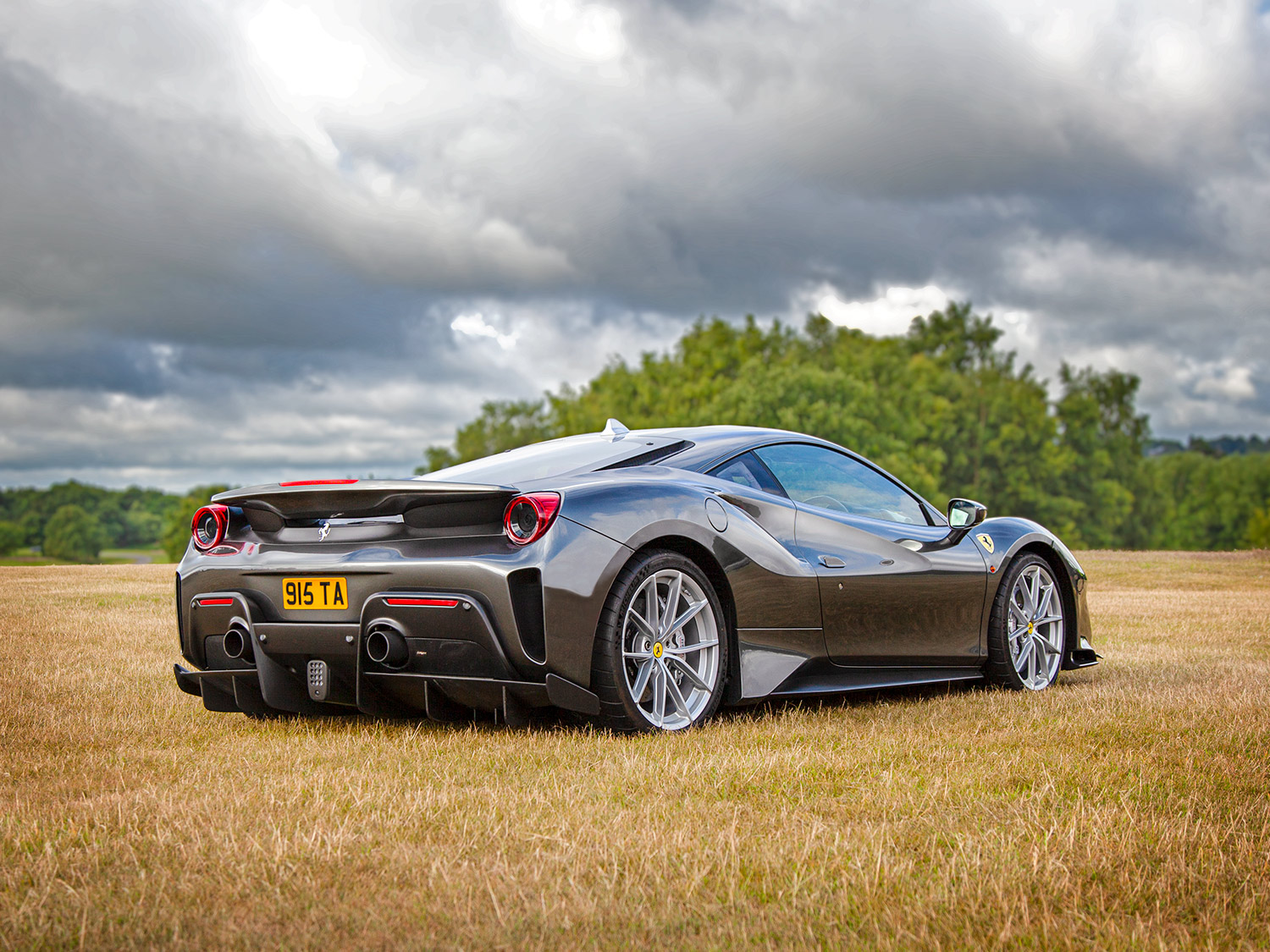