At Experience Photography we love cars. And while in West Kirby spotted this Renault Clio 3.0 V6 Sport parked outside Bikes and Boards. Just couldn’t help getting a shot with the iPhone, but it did need some work to bring it to life. First off while the iPhones portrait setting is great for headshots and getting a blurred background, it’s not suitable for the Renault Clio 3.0 V6 Sport.

Here’s the original photo I took of the Renault Clio V6 Sport. As you can see it’s pretty flat, there’s no real depth of field and the background is noisey. The colours aren’t great. And the paintwork (it was immaculate) isn’t really showing it’s true shine. 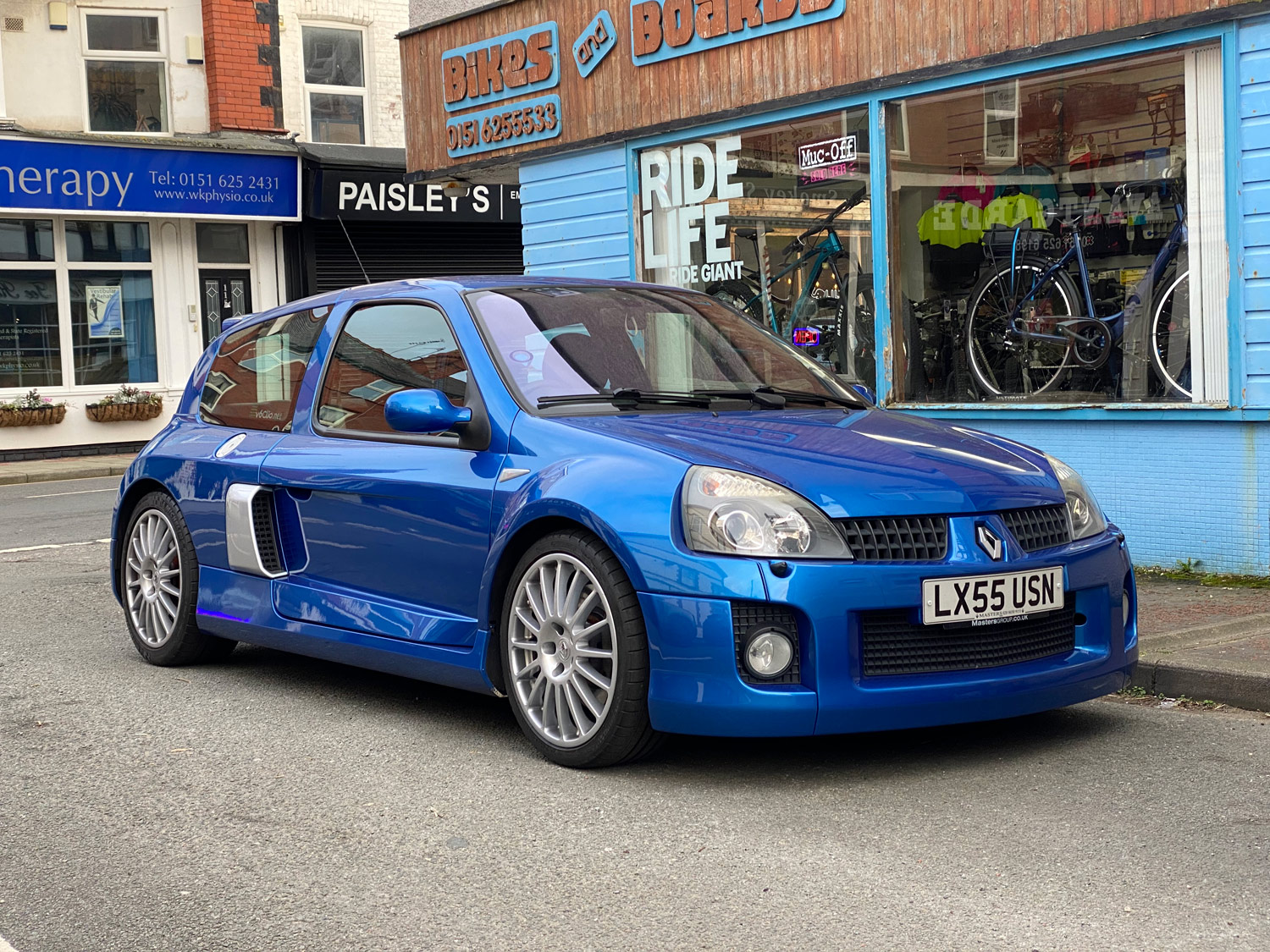 The way to get the car to be in focus and the background out of focus is to mask the car out and then apply a lens blur to the background. This is a very time-consuming process (in the order of hours). The good thing though is it’s non-destructive, and you can save the mask if you need to tweak anything later on. I used to cut the car out, but one mistake and you have to start again, masking you just brush out the mask. There’s usually some additional work with the foreground, the Renault Clio V6 Sport doesn’t want to look like it’s floating. 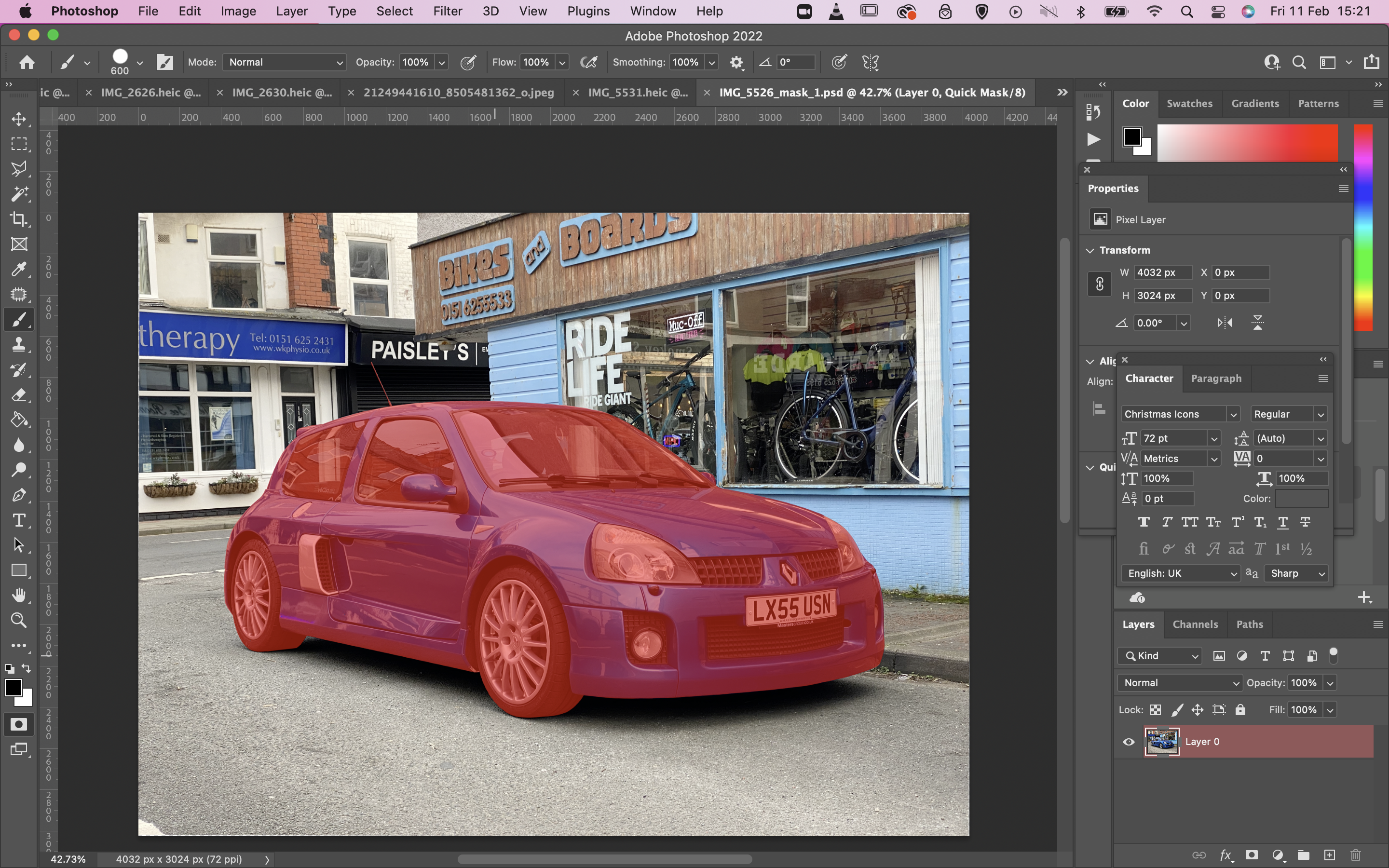 As I said above, this example of the Blue Renault Clio V6 Sport was spotless. Whoever owned it really looked after it and cleaned it. I can only assume it’s garaged and used as a toy. I mean a three-litre engine in a small car reminds me of the CatB rally days. Perfect. With all car photos you want to make the paint shine, as the camera rarely picks this up. I used a 50% grey overlay layer and then doged and burned it. There are other ways of doing this, and my usual preference in creating non-destructive curve layers. But I felt this Renault Clio V6 Sport deserved some experimentation. 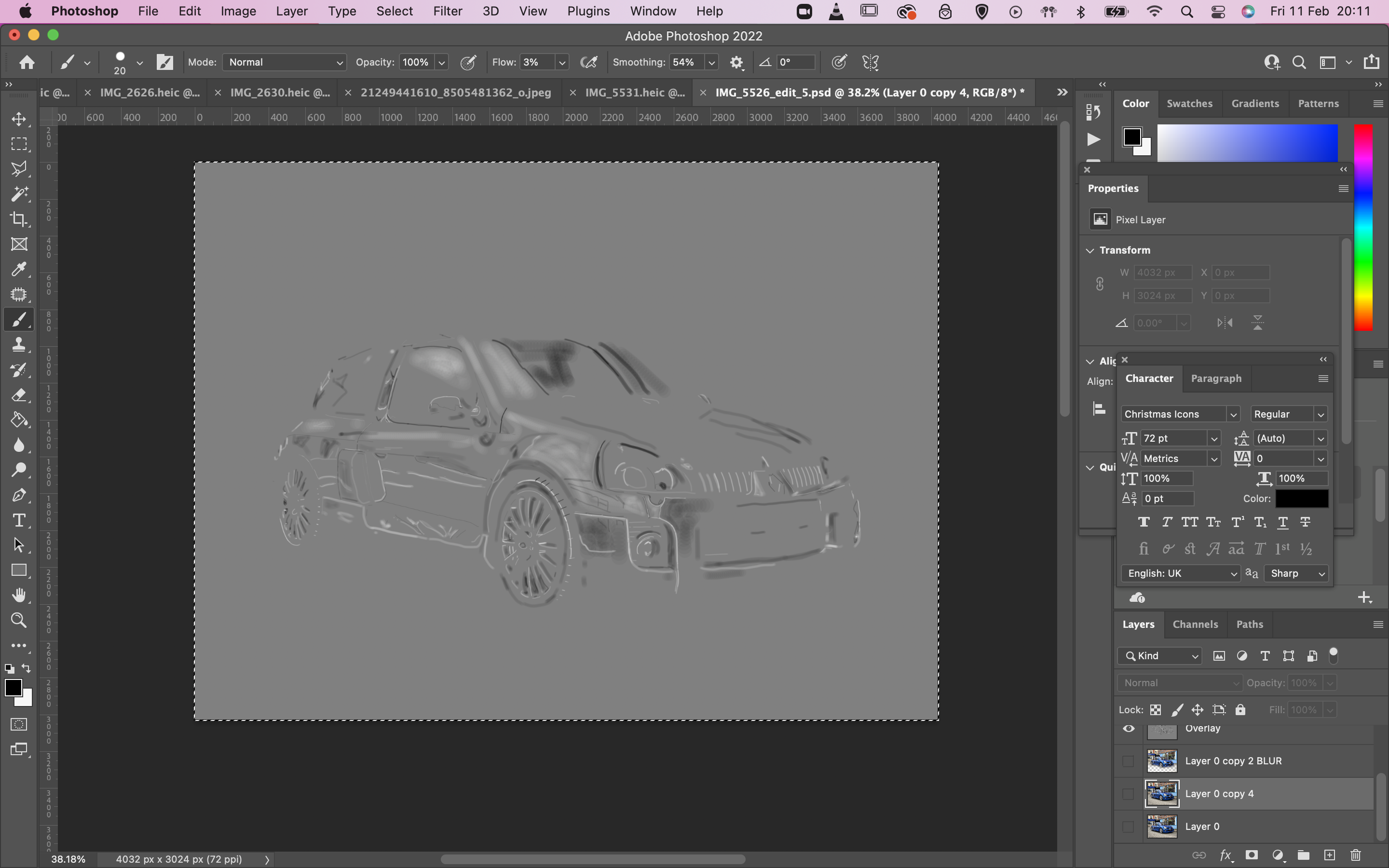 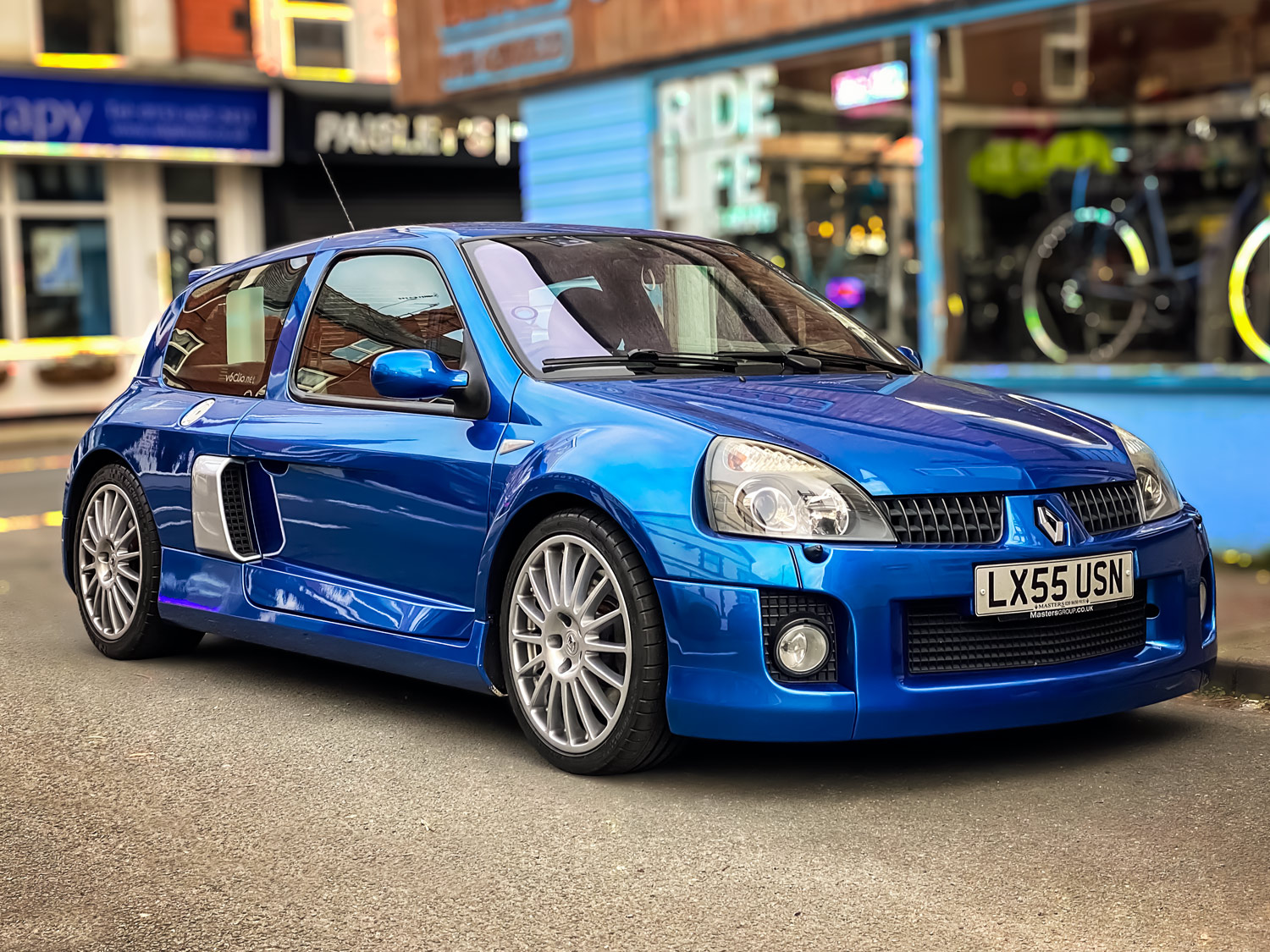 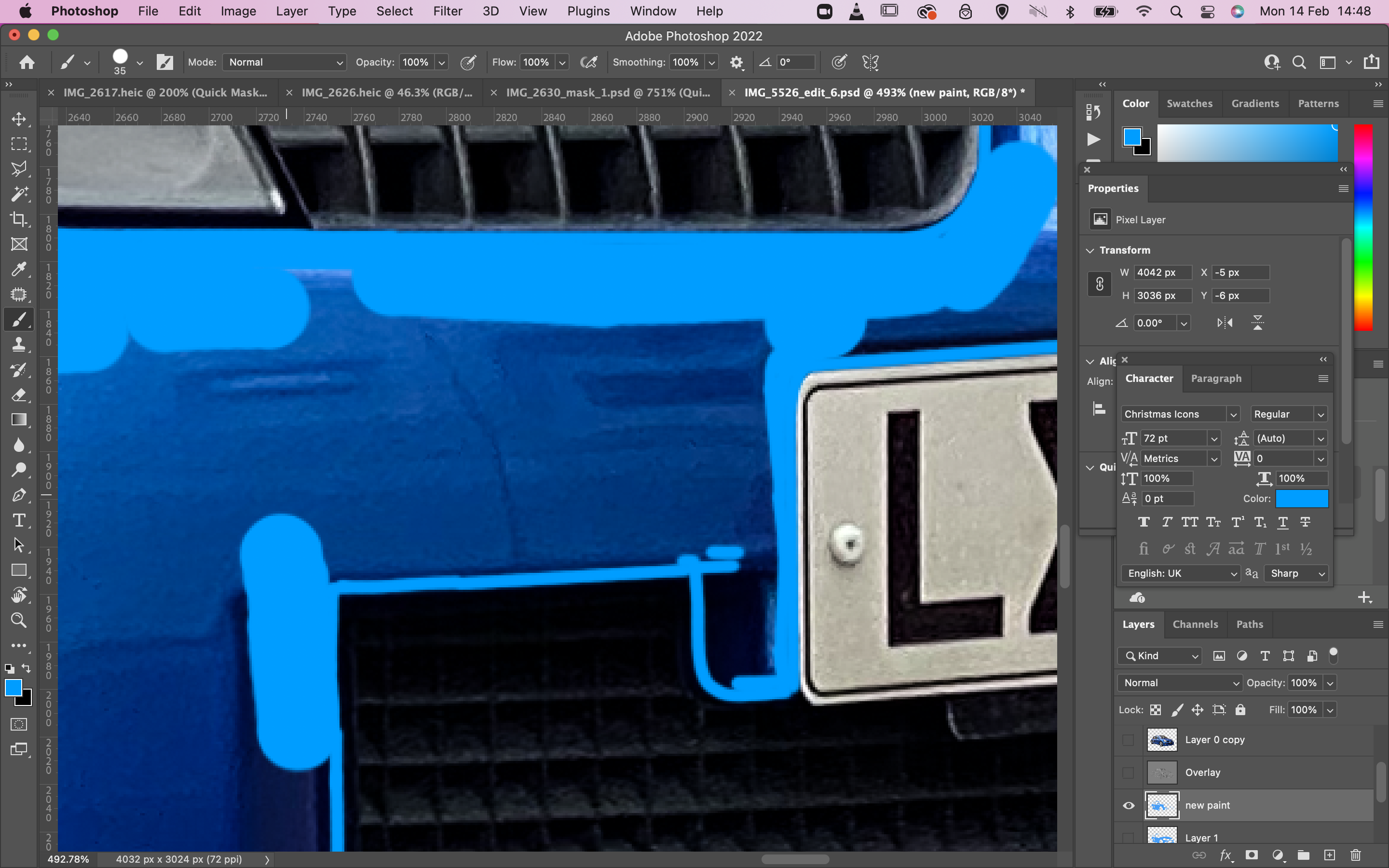 You really don’t appreciate how many bits and pieces go into one of these cars until you start to cut around them and keep on coming across things which aren’t part of the body work. This was really fiddly and took literally hours to do. 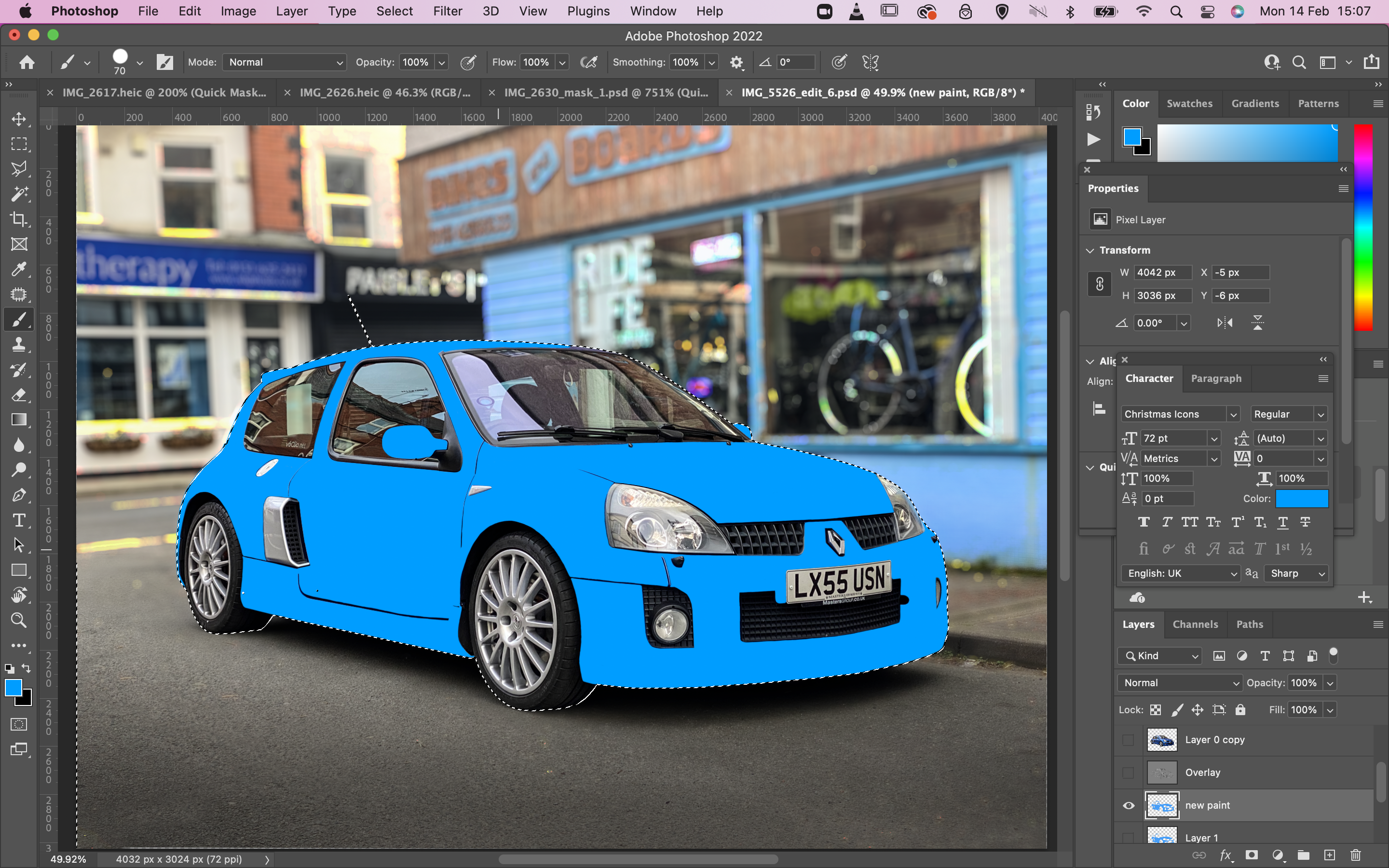 The Masked Blue Editing the Renault Clio 3.0 V6 Sport looks rather amusing until you merge the layers in right. I also ended up lightening the background shops and adding in a slightly darker gradient in front of the car to make the contrast a little higher. 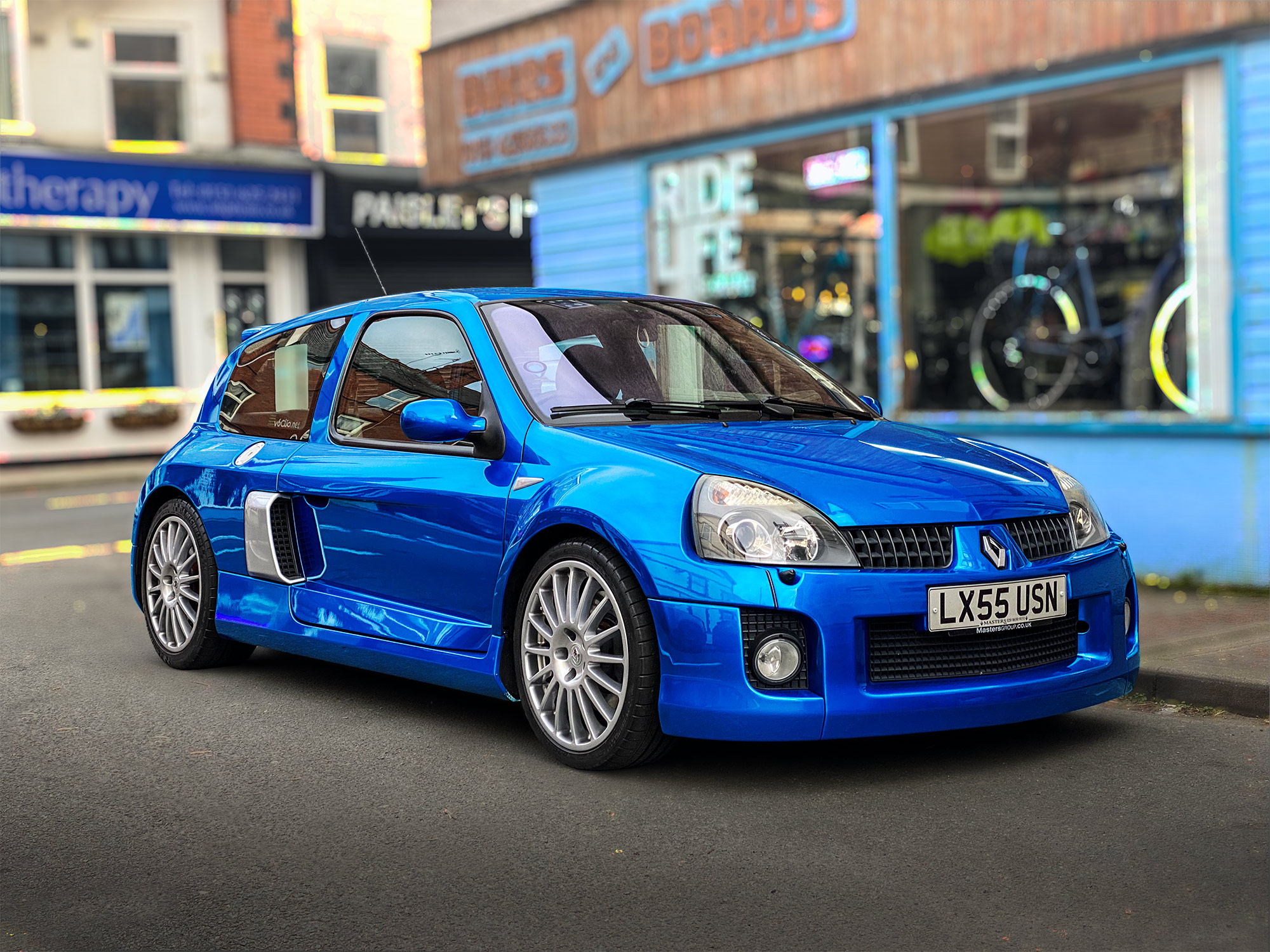