This is a photo of a McLaren 570s on New Bond Street, London which I took with an iPhone. New Bond Street it is known for its luxury goods and jewellery – it’s near Saville Row and by the Burlington Arcade and it just oozes money. There’s usually something nice parked around there to look at and today was no different in the form of a very sporty looking, organce McLaren 570s 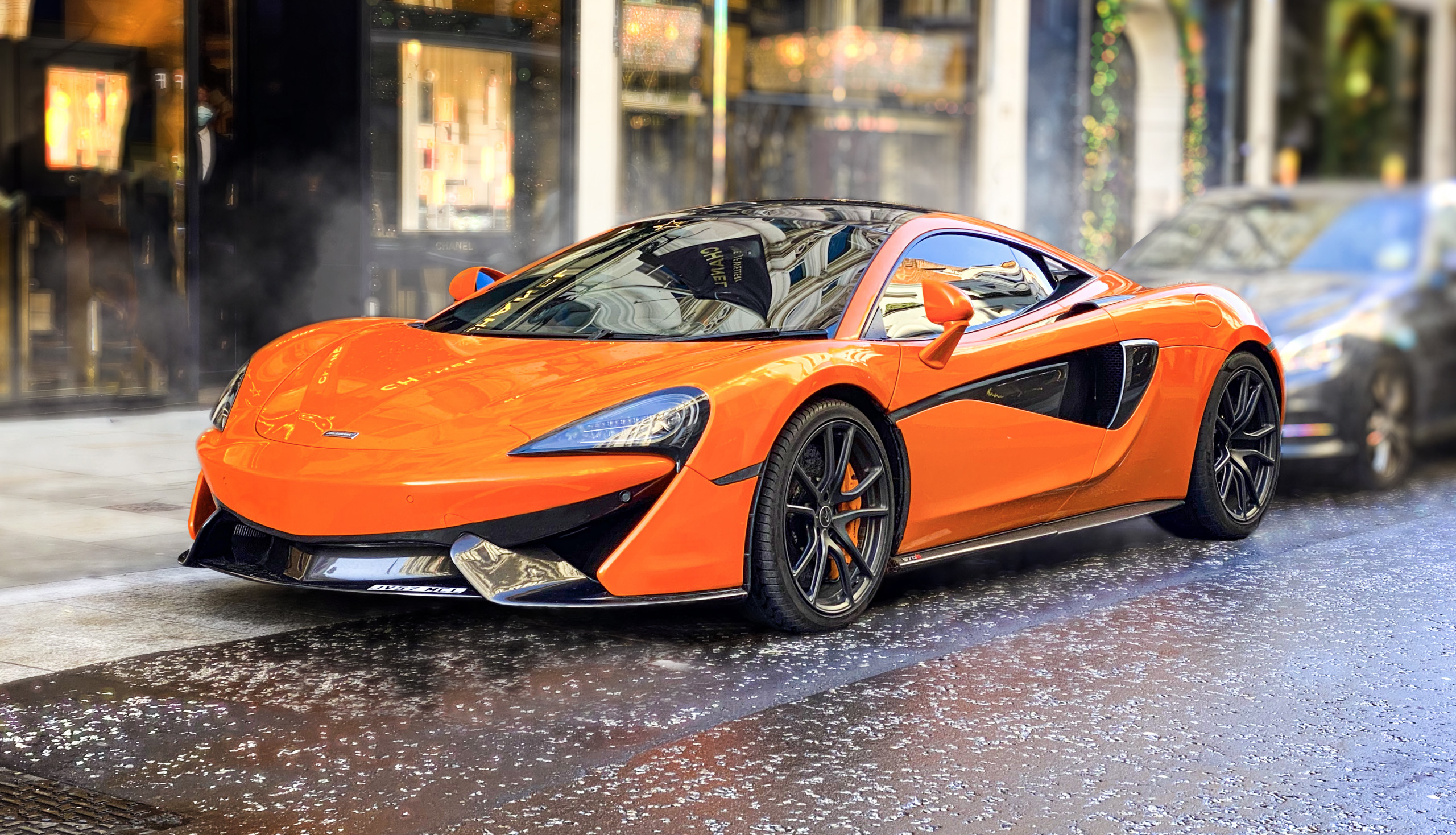 The McLaren 570s has pretty impressive swing doors and was getting a lot of attention outside Chanel for sure. Even more so than the Aston Martin Parked on New Bond Street. There was also a big push for James Bond in the area – I assume because of the name.

The photo of the McLaren 570s was taken on the iPhone 12 which I’ve had for a couple of years now. It did need quite a bit of post-production work, such as removing the people from the shot and also making the car pop out a bit more. But as a general rule, the iPhone 12 has a big enough megapixel range it allows for some easy editing when you need to.

I thought it would be useful to include the original photo I used for the finished article. Here is it below. The McLaren 570s is a beautiful machine, but it does look pretty flat when taken with an iPhone. 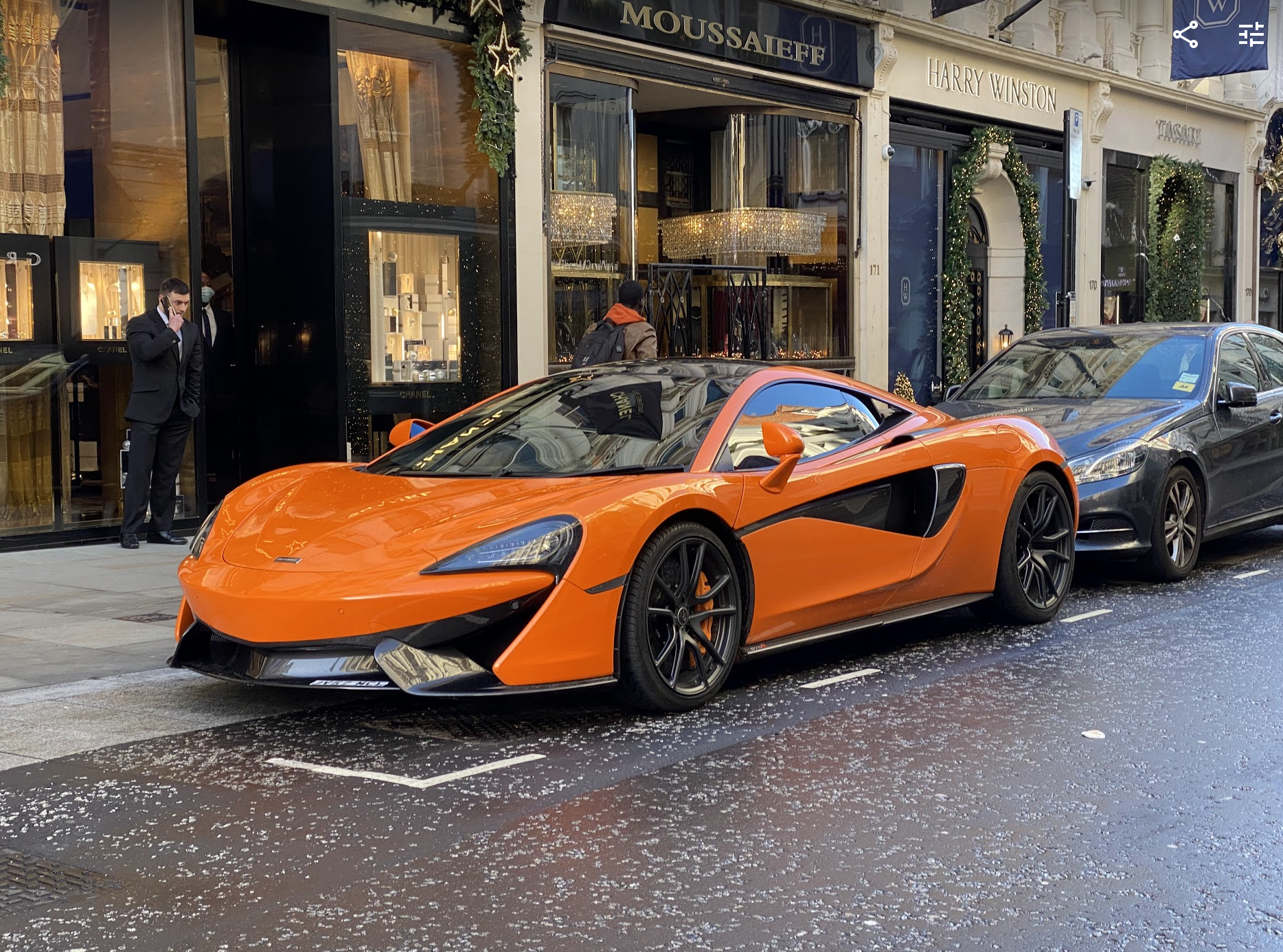