The Fforest Coaster ride is based in North Wales and run by the same company which operates the Penrhyn Quarry zip wire experience.

It’s basically a single person roller coaster that runs down a hillside evergreen forest in which the user can choose how fast they’re going. My brief was to get a shot of the Fforest Coaster ride to show the speed, control and get a sense of the lush forest location. Here’s the result. 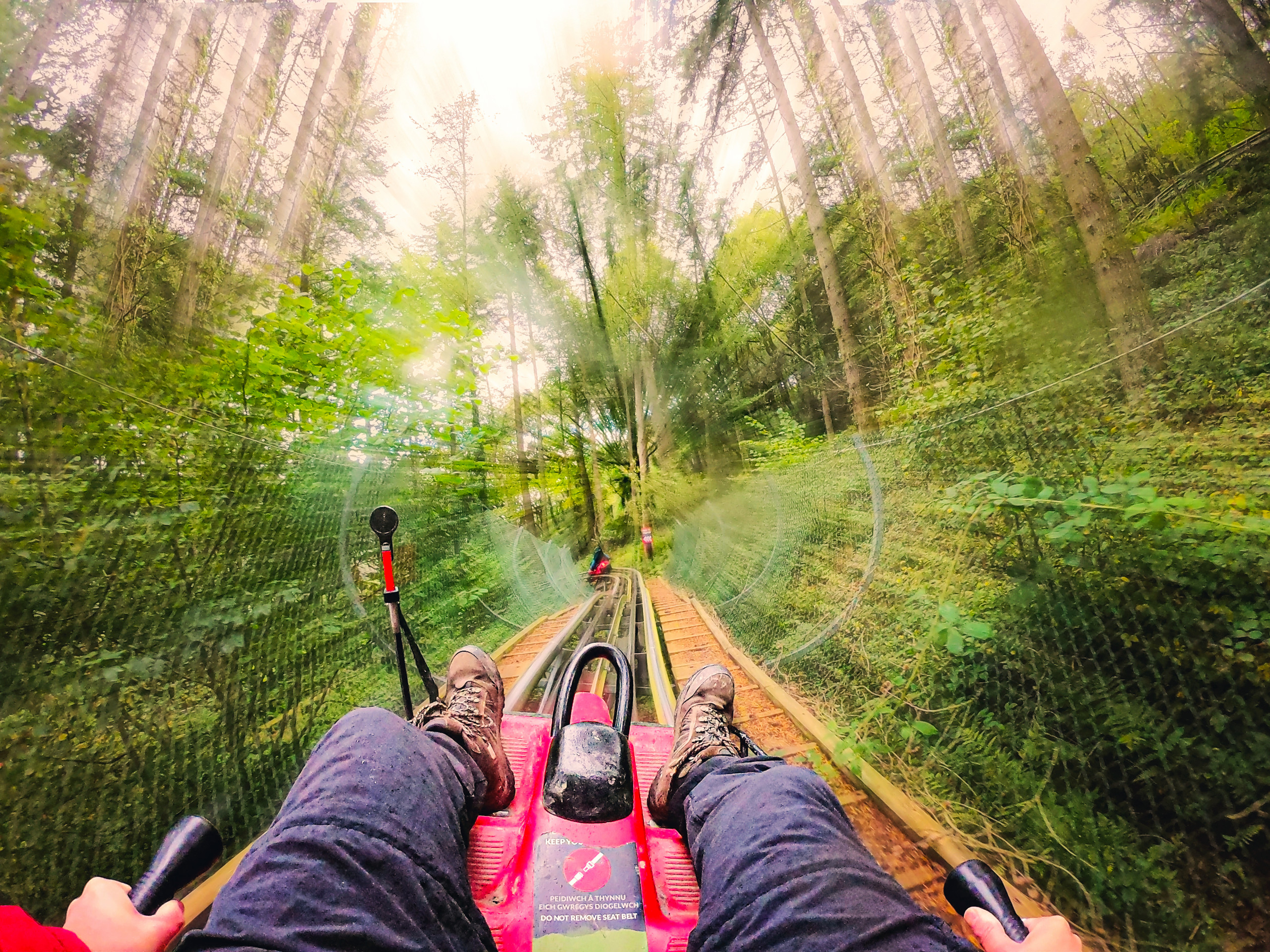 The shot wasn’t easy to get at all. For a start you can’t really take any handheld devices on the Fforest Coaster for three reasons:

To add to this you only get three goes, which means three attempts to get the picture ohhh and it regularly rains in Wales so the camera needs to be waterproof.

I left the DSLR at home and opted for the GoPro Hero 7 Black Edition. I could securely attach it to my body using a four-point harness, it’s waterproof (no amount of rain was going to make a difference) and I could control it with my phone which meant I didn’t need to guess what the picture was going to look like once it was attached.

I set the GoPro up before I got on the Fforest coaster and set the capture to timelapse with the camera taking a picture every couple of seconds on the first and third run. I tried video on the second run which you can see below.

The GoPro gave me the raw material to work from, but it didn’t give me much else. As you can see from the photo below compared to the one above it’s pretty static and unimpressive. One of the great things about the DSLR is the ability to ‘drag the shutter’.

This technique involves forcing the camera to leave the shutter open for longer than usual. It’s not something you’d do generally when taking shots of people as they turn into a blurry mess. Here however it’s what we want; keeping anything in the shot and not moving in focus (e.g. my legs were stationary compared to the camera) and the rest looks like it’s flying by in a blur.

To achieve this with the GoPro you need to look to Photoshop to help out by masking anything which you want to keep then applying a motion blur to the surrounding areas.

I also had to adjust the dull, sludgy colours (it’s not very bright under a canopy) and edit out the rain splodges which had accumulated on the lens. 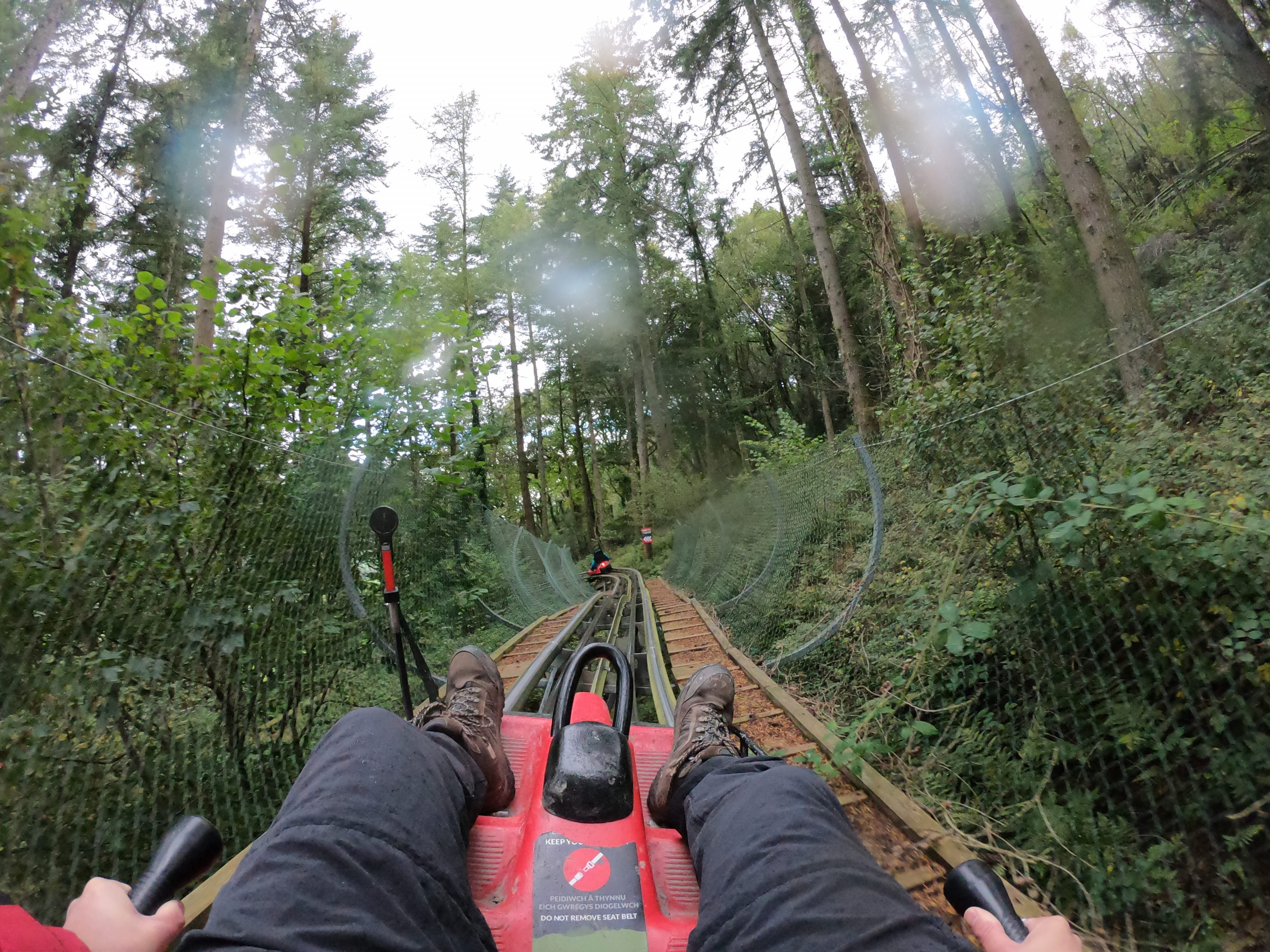 The image below shows how you can ‘mask’ an area in Photoshop using a brush. Masking an area allows you to either affect only that area or everything else. It gives the photographer huge control over the end result and is one of the most powerful tools to master. 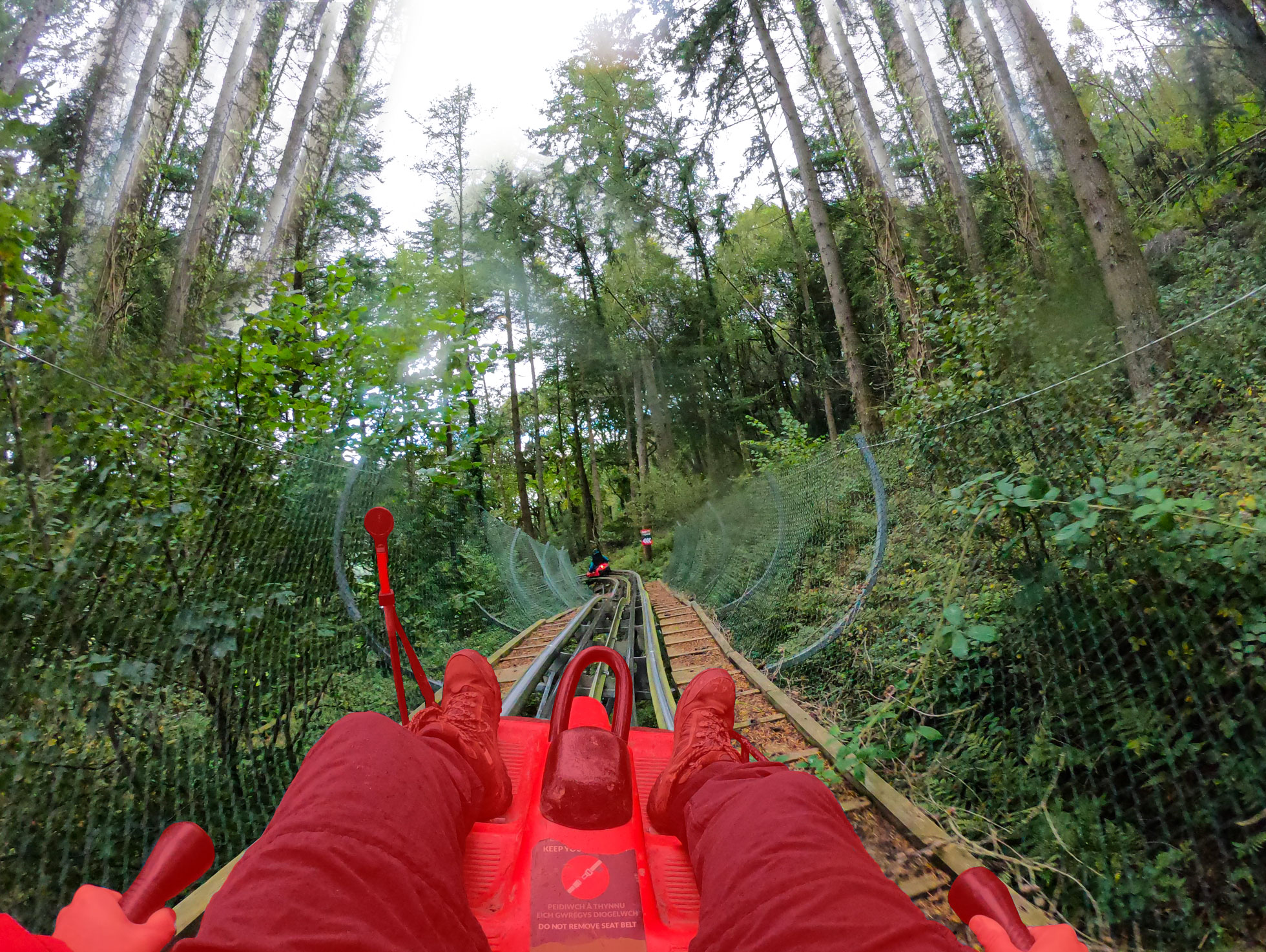 Maybe you're looking to sell your sportscar online or