For Xmas I decided to have a go at making a composite image with a Christmas theme. Here’s the result. 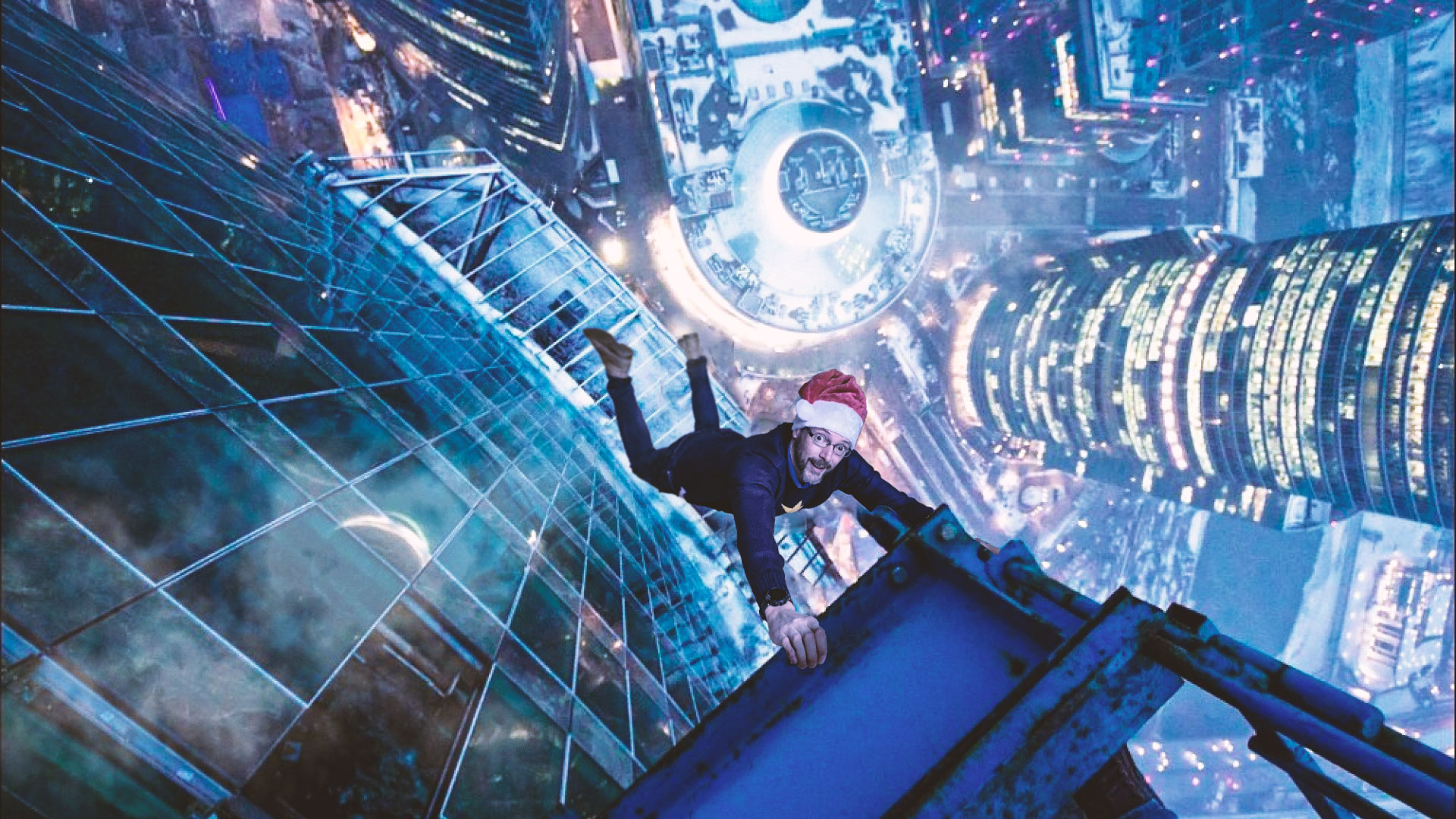 What Is a Composite Photograph?

A composite image is one that consists of several other images weaved together to make it look like an original image. Composite images can be really hard to achieve due to challenges with perspective, colours and context. All of which need to be considered before pulling the image together.

Where to Start with a Composite Image?

The most important thing with composite images is having a goal, so at each stage, you can decide if the goal will be achieved by the techniques and images you’re using. In my head, I had a vague image of a film poster I’d seen which I wanted to create. I realised this film poster was the “Goonies” a childhood favourite. 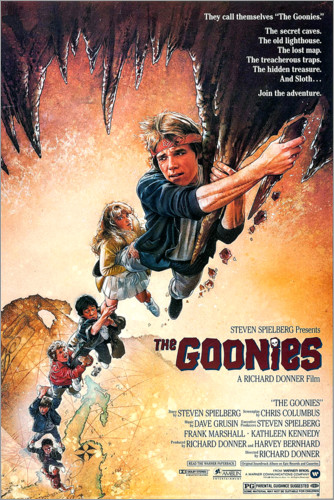 Google really wasn’t being much help with the style of photo I wanted (i.e. just a building looking down). In the end, I decided it would be best to find a picture of someone dangling from a building and then remove them and add me. I came across “Mustang Wanted” and found some wiki and then news pages about him which had image examples on. 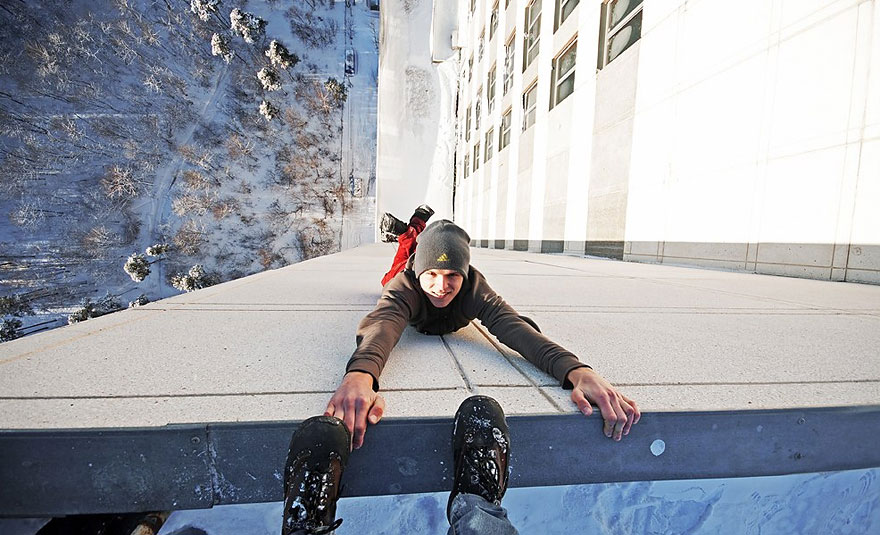 The above was the first image that Google brought up when I started to look around at examples of people dangling off buildings. It was okay but I thought it lacked the flare and perspective I wanted based on the Goonies poster. The advantage though of using an image with someone already on it is you can get an idea as to how you need to pose, and then the lighting and focus tweaks you need to make. 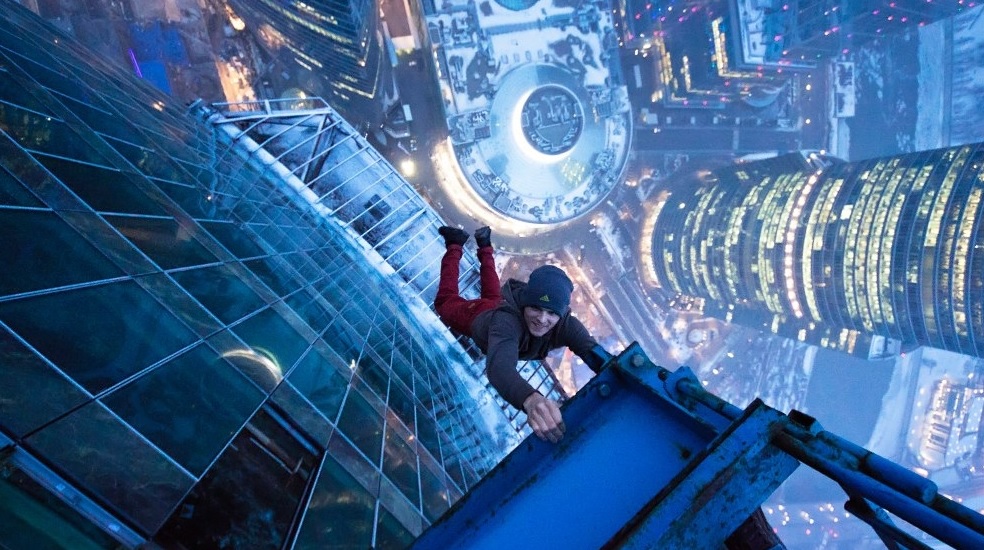 Make a Draft Before Committing Time

Above is the image I decided to use. It was a lot more interesting than the previous ones I’d seen and had some colour. I had to get rid of the Ukrainian Daredevil, take a picture of me in a similar pose and then bring them together in one photograph.

However, this wasn’t the first image I’d picked.

I decided to make a rough draft of me hanging onto a building before I went to work getting my Xmas jumper our the cupboard and Santa hat from somewhere deep in the garage.

Below is the first draft to see if using the iPhone was going to work taking the photo. It turned out the biggest issue was actually finding a useful background image.

Taking the picture took a few lunchtimes. I needed to lie on the floor on a couple of cushions in all my garb, set the iPhone to timed photograph and keep taking the photos until I got one which I liked. This was made harder by the clamp which was holding the phone to the stepladders I was using as a tripod covered the screen so I couldn’t quite see the image. Having to get up and check each time was really time-consuming and then running back and getting into position in ten seconds a right pain in the arse.

This proved to be an issue when I thought I was happy with the shot, put everything away and then realised I’d cut off part of my hand. Given its prominence in the photo (the eye starts with the hand and then follows down) I figured it would be easier to set up and shoot again, rather than waste time botching a hand in Photoshop. 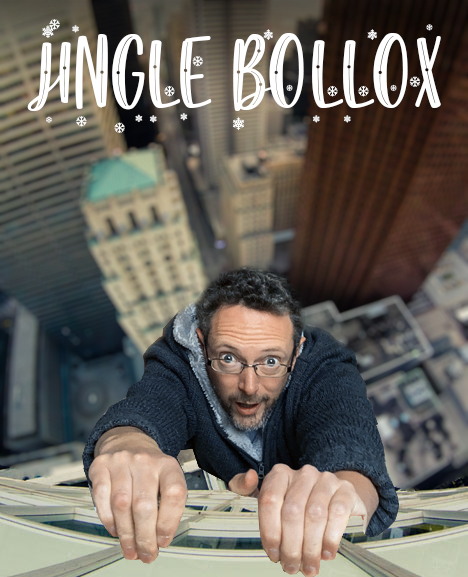 The draft worked quite well and I figured with a bit more work I could get something taken over lunchtime and drop it in. One thing I didn’t realise was that the Ukrainian’s antics were quite old, essentially from around 10 years ago, so the image quality while okay wasn’t very high resolution.

I decided I’d use one of the online photocard makers to create a Christmas card for some friends. Not out of vanity, but because it’s a bit of fun. It worked quite well as a square.

I also needed to hunt around to find some suitable Christmas like font – in the end, I settled for one called “The Perfect Christmas” – all the others I tried looked great in black text on a white screen, but became illegible when they went over an image. As it was I had to heavily modify the image behind the text with a few adjustment layers, and add in a stroke to the font to make it stand out more. 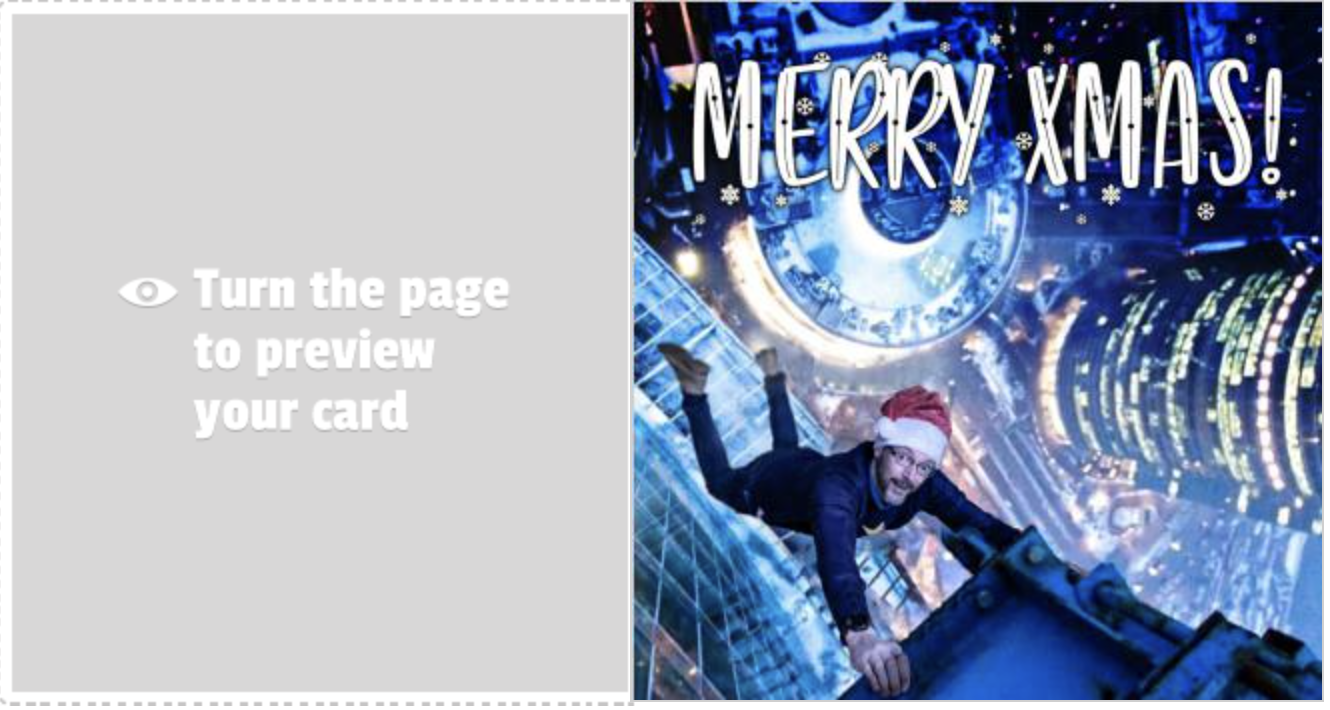 I had some problems thinking of a strapline on the outside as it has to be two words but finally came up with something on the inside. 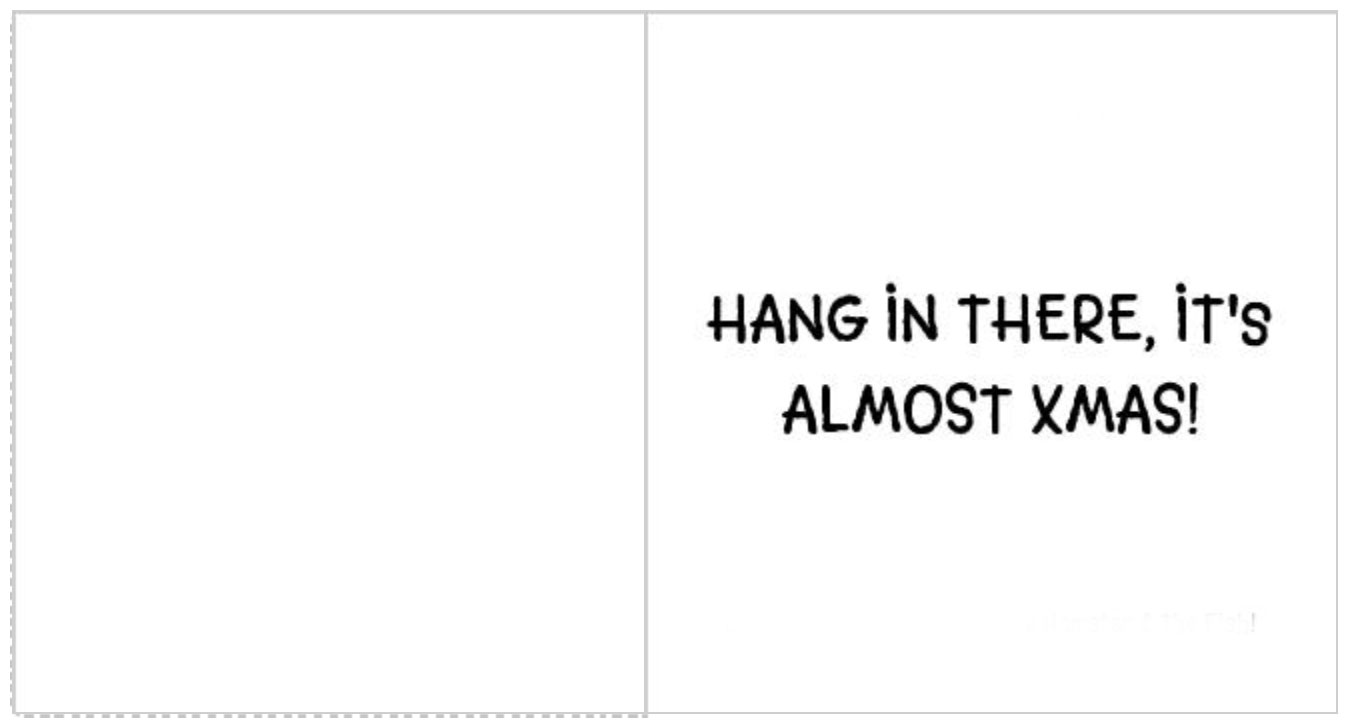 Pulling together the Xmas card composite was really good fun. I got the learn a few new tricks in Photoshop such as the field blur option and colour grading.