Going to interesting places is always fun, especially if you’re a photographer and have all your kit. If you want to get the best pictures, you need to do some prep, even if you’re using something like a smartphone.

Warwick Castle is a pretty big deal in Warwick. It’s been there in some form or another since the 1000s. In its current state, it’s in an impressive stone castle, most of which you can walk around.

Warwick Castle has adequate parking, a large Costa orientated cafe, and several catering concessions (during busy days). They’re not cheap, but they are tasty, and if you don’t have the budget, you can always take your food.

I’ve included some tips below to get the most out of your visit if you’re going with kids or on your own.

This seems pretty apparent to me, but you’d be surprised by the number of people who don’t and have a miserable time and get terrible photos. Weather is significant and will completely change the look and feel of your shots.

While most people will want clear blue skies, I think a slightly overcast day is better for photography. The clouds act as a giant light diffuser which helps mitigate against harsh shadows and those difficult shots into the sun.

It also means it’s not usually too hot or cold, and clouds can produce some dramatic backgrounds for your photography.

It’s worth bearing in mind, too, if there are very high winds, some of the castle may be inaccessible, and if it’s raining, the grassy bits where you might sit and have a coffee will be too soggy. There are some seats in the central grassy area, but not enough if the grass is too wet for people to sit on.

2. Get to Warwick Castle Early 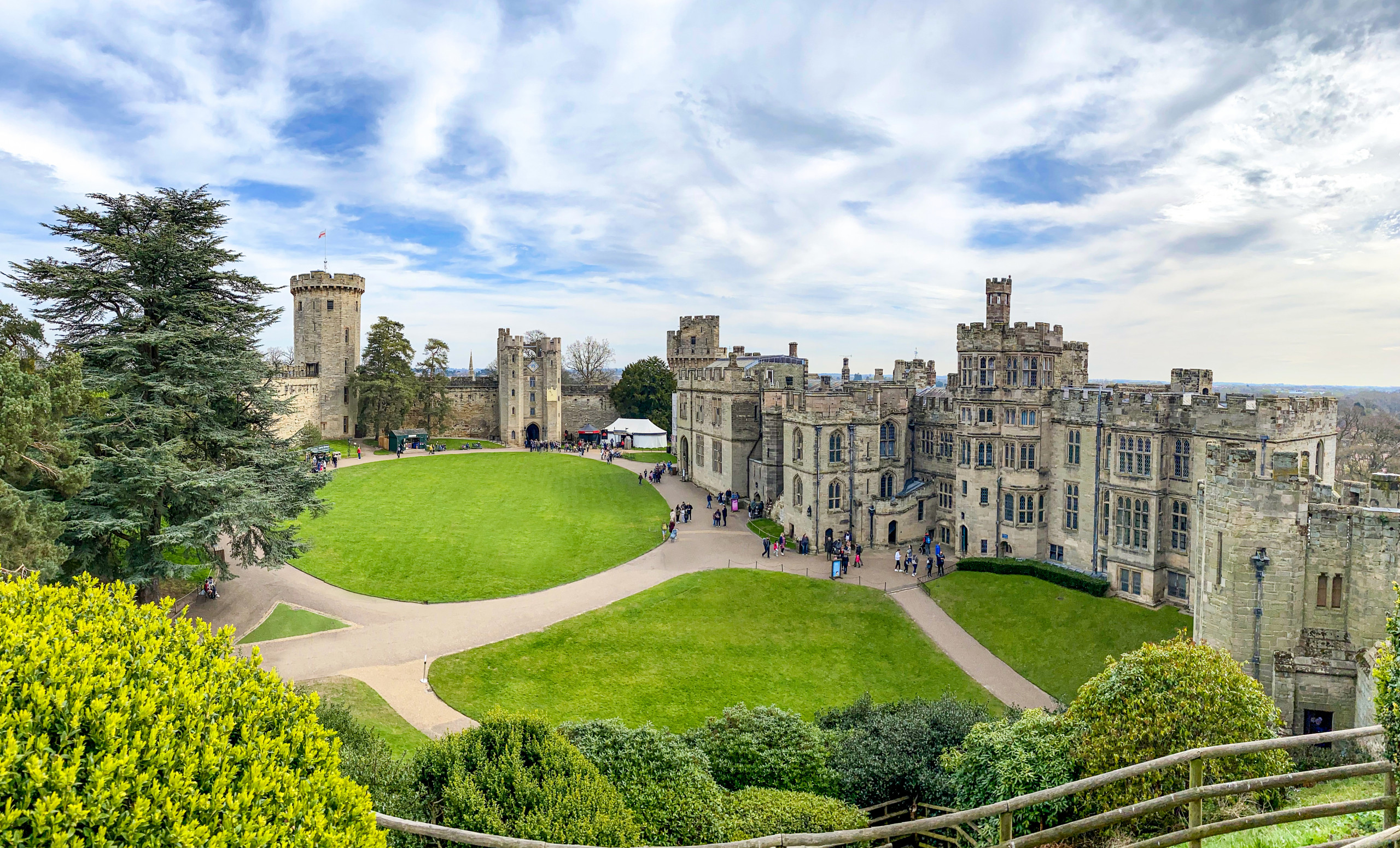 Warwick Castle gets busy. Very busy. It’s popular with families so getting there early has some real advantages. First off, you can get a good parking spot not too far from the castle and in a position where excited kids don’t open their doors on your car.

Getting to Warwick Castle early will also mean you don’t have to queue. Buying the tickets the day before can make it cheaper too, but avoiding queues is necessary.

They do have bag searches when you go in, though I’m not 100% sure what they’re looking for. My bag search went exceedingly well as the guy was an avid photographer, so we had a good chat about lenses.

The most important two reasons, though, for an early start is it allows you to firstly orientate yourself and get a feel for the place (which is hard to do on a map) and secondly, you can get some shots of the site when it’s not busy.

3. Avoid the Warwick Castle Displays and Go to Them – Tactical Photography

Warwick Castle has loads of family-friendly events going on during the day. It’s great for the kids. THE one to go to has to be the birds of prey display. You’ll need to get there early to get a good seat, but if you box clever, you can sit next to one of the stands and have the birds fly over your head.

Make sure you’ve got your camera all set up and ready. Multi-shoot mode, aperture priority, high ISO (I used 400) and tracking if you have it available. The birds move VERY fast and towards you.

The other advantage of them having events is when they’re on, you can also scoot off to places in the castle that would typically be busy but empty during the displays.

Luckily the birds of prey shows are on a couple of times, so you can see one and use the other as a people distraction event.

There are some historically dressed staff around Warwick Castle. I’m not sure if they’ve drafted a general team to do this or actors, but they’re all very friendly.

One of the best ones is the Archer, who greeted us at the main entrance to the castle and was more than happy to have his photo taken. He was getting his picture taken with all the kids, much to their delight, but was gracious enough in saying yes when I asked if I could take his picture.

What I’d say is, you may need to tweak the photos as the lighting can be complicated with people, so either fire up PhotoShop and use the camera raw filter, or muck about on your phone with the settings (both iPhone and Android have an excellent selection you can play with to edit pictures).

I’d also try and use the portrait mode if you’ve got an iPhone when taking pictures of people; it uses clever assumptions and software to blur out the background, which can be effective. I achieved the blur effect with this photo using a mixture of layers, masking and Photoshops neural filter. 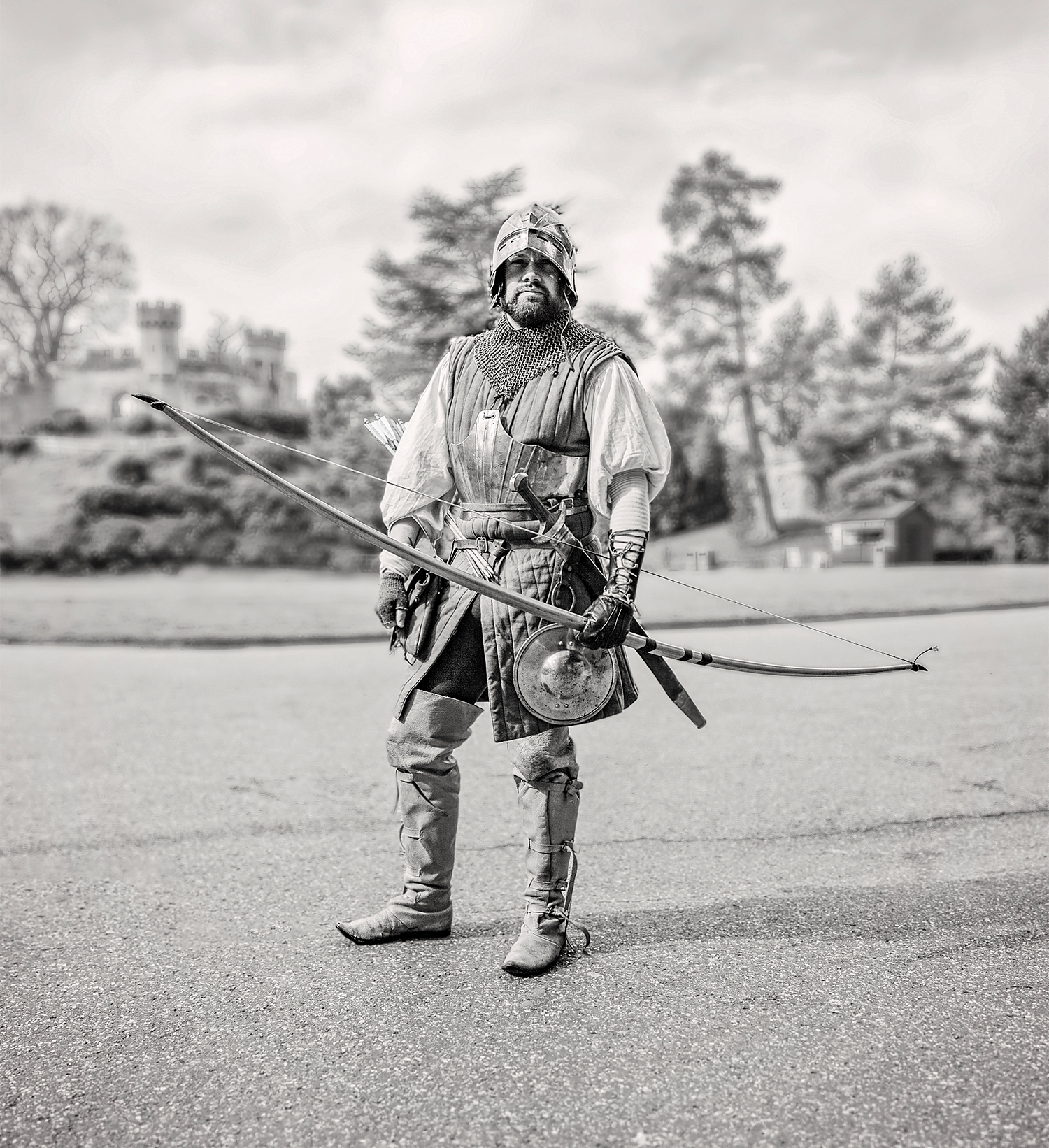 4. Explore ALL of Warwick Castle

This might seem an obvious thing to say, but the perfect thing about Warwick Castle is it’s very accessible. There weren’t very many places which you couldn’t go to. 100% make sure you head to the walls and the tower.

Lugging your gear up the spiral staircases isn’t much fun and can be made laborious if there are small children in front of you, but it’s well worth it for the photography. The central tower and walls can get closed though in high winds (going back to the weather point)!

This is also an excellent example of why getting to Warwick Castle early is a must. When there are not many people there, it’s much easier to access the walls and take photos.

Some of the walkways are narrow, and if you’ve got a tripod, you’ll get in the way. You’ll also have people getting in your shots as they pop out the tunnel exits after negotiating the spiral staircases.

You’re not just restricted to the inside of the stone castle. There are some lovely photos on the other side of the river and an underutilised path around the side of the court to a waterwheel.

I suggested using the portrait setting with the people photography; try using the wide-angle lens when you’re in the castle to get as much of it in as possible. 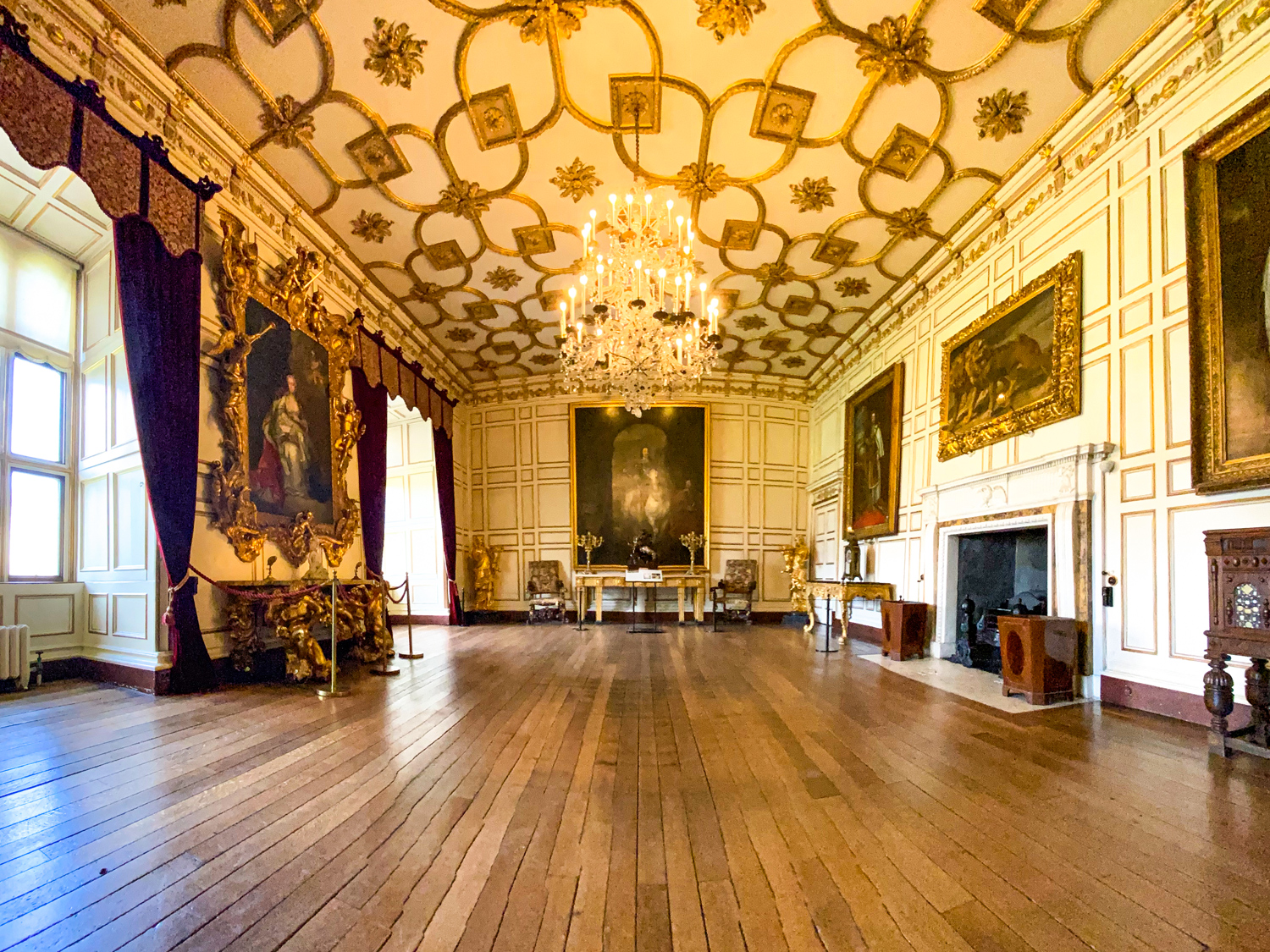 5. Stay at Warwick Castle all Day

You’ve paid to get in, so you might as well make the most of it. As the sun moves around the castle, too, you’ll get different perspectives and lighting on the buildings.

Warwick Castle may not be cheap, but it is good value for money if you plan it out and make the most of the photographic opportunities such a prominent location offers.

If you’ve got an interesting project or venue you want to photograph, get in contact with Experience Photography now for an informal chat?!